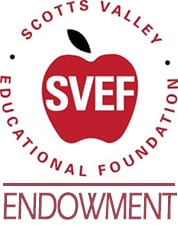 In early 2009, the leaders of the Scotts Valley Educational Foundation embarked on an effort to create a real endowment fund to support the ongoing needs of education in the Scotts Valley Unified School District. “Real” meant an invested fund, that would be set up to grow annually, with the ultimate goal being to grow the fund until it is substantial enough to generate a significant amount of interest income that could be used to fund programs. While 2009 wasn’t a banner year for investments in the broader sense, it proved to be an excellent year to start an endowment.

Since that day in February 2009, the SVEF Endowment has grown over 500% ($400,000) and boasts an end balance of $503,306 (as of February 2019). Each year, the Board of the Foundation approves a deposit that represents 15 percent of the funds raised during the fiscal year (July 1-June 30). Over the life of the fund, that has amounted to total contributions of $97,187.33, with FY18 contribution being $13,826.16.  Additionally,  SVEF has put bylaws in place that protect the fund from being cashed out, ensuring the money will be in place to support the education of future generations of students in Scotts Valley.

If you would like learn more about how you can donate directly to the SVEF Endowment fund (via direct donations, stocks or through legacy/estate planning) please contact our endowment administrator and ask how you can stand with SVEF to support the educational goals of Scotts Valley youth long into the future.